Fireworks! Or a disappointing dud? The 26 February ENVI workshop on the EU medical devices and IVD proposals 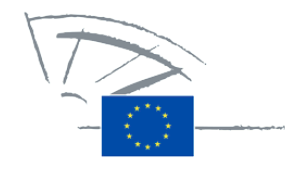 With the ENVI committee “workshop” on the medical devices regulation and IVD regulation proposals in sight next week, medical devices media have been drumming up momentum by using exciting adjectives like “fireworks” that make this workshop sound like it will be an ‘epic battle‘, or how about a ‘clash of the titans’? I wouldn’t want to go that far. Being familiar with Brussels processes, I predict this will be a disappointing dud rather than fireworks. Sure, there is a tremendous amount at stake for the stakeholders but the agenda leaves no room for doubt that there will not be fireworks: ENVI is going to only hear what it wants to hear and has given no or almost no time to any voices that may provide input that is politically unwelcome. Sure, we will hear from some vocal organizations that have structurally misinterpreted basics of medical devices regulation in the past like ESC, and there is a panel on reprocessing that will take up a disproportionate amount of time compared to the importance of the other items. By now it is known that ENVI will propose pre-market controls for medical devices that are much stricter than the currently proposed scrutiny procedure, which itself will not solve anyone’s problem and is outdated by the pharma regulation standards it purports to mirror too, as I have argued on occasions.

Let’s take a step back to ENVI’s shot across the bow to the Commission saying: “Learn the lessons of this fraud!” Did ENVI itself learn that lessons? Not in the least. As the industry has explained again and again, fraud is something that member states must deal with. If a notified body misses fraud by a company in breast implants or proposes something close to fraud for implants, member states must police their notified bodies and take action to make them do better. This is the first thing the Commission proposed when the PIP breast implants scandal spun out of control and which the Commission has firmly ingrained in its proposal. Are the member states stepping up to their responsibility? I don’t get the impression they are. They are understaffing their medical devices supervisory departments and are happy with the cosmetic solution of making market access more difficult in order to remedy fraud in the post market phase. To put it quite bluntly: it’s the same logic as trying to solve a problem of cars getting flats on bad roads by mandating that all wheels must be square so nobody will get anywhere rather than fixing the potholes.

That blunt analogy is closer to the truth than you might think. Think about the characteristics of the medical devices industry: many SMEs, that’s where most of the innovation happens – also in the higher risk class devices. In this respect the devices industry is very similar to the biotech industry. The biotech industry has had the good fortune to already be stuck with a overcomplicated and badly implemented market access mechanism in the form of the ATMP regulation. That has been in force for five years now, and it has produced exactly ONE (1) licensed product. We notice with our biotech clients that the process is just too burdensome for SMEs so they don’t bother and try to work around the process by relying on hospital exemption models or just licensing their technology to bigger companies. Even the European Medicines Agency realizes that the process fails to deliver and is bending over backwards just to get companies to please take the gamble with the regulatory process. Is that what we want for the thriving EU devices industry that delivers innovation earlier than elsewhere? That is the price you pay for solving a problem that is not a problem. You don’t protect patients by making market access for safe devices more difficult. You protect patients by effective and immediate action against fraud and mistakes in the system. But precisely that does not seem to be on the agenda (except with the Commission) because it’s not a politically opportune message to deliver and it costs the member states money and resources that they don’t want to dedicate. The Commission has immediately proposed an action plan for better post market surveillance and vigilance and quality control of notified bodies by the notifying member states. I have heard that the enthusiasm of member states to solve these issues was, let’s say, not very big. The results were supposed to have been presented end of January at the CAMD meeting at the Irish presidency, but the total silence on this point leads me to assume there is nothing very positive to report because otherwise we would have heard about it. The Commission also proposed a mechanism in the new regulations to dramatically improve the quality of notified bodies, and some of the notified bodies have stepped up to the challenge themselves with the notified bodies code, currently at version 3.0.

ENVI, you have clearly not learnt the lesson of this fraud yourself. Patients, innovation and industry will pay the price for it. But then again – we have not seen the Parliament’s amendments yet. Those will become clear by end of April. ENVI may surprise us yet – but I’m not counting on it.