Product liability for devices under MDR and IVDR 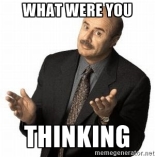 With the MDR and IVDR nearing completion in the trilogue negotiations the final outline of these two statutes become more and more clear. It looks now like the regulations will be agreed upon during this Presidency, which means they could be published in the Official Journal and enter into force this autumn. I’m referring to “they”, although there are some rumors now that since the remaining political difficulties are in the IVDR, it might be that the IVDR delay is adopted at a later stage.

These are rumors however, I’m not sure at all if this will actually happen. Also, if it would that would mean that the IVDR is would already be fixed in all the overlaps it shares with the MDR (which is a lot). It looks like one of the big items that the IVDR is stuck on is the genetic testing proposal of the Parliament, which I believe the EU does not even have constitutional competence to impose in the first place. Yet, political wishful thinking causes amendments like this to be pursued anyway.

Another amendment in that vein of political wishful thinking is the liability insurance regime that seems like it will make it into the MDR and IVDR. With the PIP breast implants scandal in mind it’s an ardent political wish of the Parliament and the Council that these regulations feature some kind of language regarding liability for defective devices, even if there is a perfectly good EU Product Liability Directive to deal with this – which is already interpreted very broadly by the EU Court in relation to medical devices by the way.

But as professionals that have to work with these rules for decades to come we have to ask ourselves: “Will it blend? Will this serve the persons it is intended to serve and is it put together in a way that it actually achieves its objectives?”. As you will see in my below presentation yesterday at the Q1 Conference on the MDR and IVDR in Brussels this will not be the case:

As a result of the quite unclear formulation of the text, the disregard for how these clauses relate to the existing EU Product Liability Directive and the potential for making litigation so much more complex and long nobody will stand to benefit from this proposal, if it is adopted. It will make medical devices more expensive because the cost of insurance and disputes must go somewhere and it does not add any value over the existing Product Liability Directive regime.

I am pretty sure that there has been a lot of face palming among the highly qualified people in the Commission’s legal service that is usually asked after the fact whether such a proposal makes any sense legally in the first place. As you will see in my presentation, the proposal sticks together that badly. The text may be under discussion in the trilogue negotiations but the text in the Council’s general approach is really nothing to be enthusiastic about.

In addition, an impact assessment has not been made for this proposal that stands to add enormously to the costs of compliance for all involved.

The liability of authorised representatives for costs associated with defective devices of manufacturers they represent is a unique feature in EU CE marking law and will pit these two parties against each other mercilessly. It will result in a situation where the interests of parties are diametrically opposed. Currently an authorised representative can rely on the exclusions in the Product Liability Directive to not be product liable, because it was not involved in design or placing the product on the market. That will change if this proposal is adopted.

The result will be that authorised representatives will be very skittish and quick to terminate agreements with costs going through the roof (insurance). Manufacturers, for their part, will be seeking to manage this by setting up their own authorized representative in empty legal entities in the EU staffed with an external consultant that meets the new authorised representative criteria. The more parties are potentially liable, Will that improve legal recourse for patients? Of course it won’t.

So what will be the net result? Confusion Everywhere and more costs to the system. Patients spending years and years being sent from one party disclaiming liability to the other. Small companies will not be able to afford being the market of higher risk devices, whether they are manufacturer or authorised representative. And politicians claiming that they effectively legislated for ‘effective redress’ for the benefit of the patient. That is my impact assessment of this proposal.