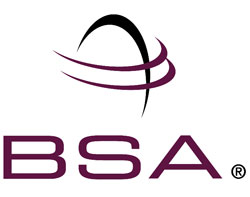 Just before Christmas the European Court rendered a judgment that is important for medical devices companies that have devices that run software and have a graphic user interface (GUI). The case concerned a dispute between the Czech subsidiary of the Business Software Alliance and the Czech authorities about collective rights administration for software copyrights under the EU directive for the legal protection of computer programs, which defines the scope for copyright on computer programs in the EU. The Czech government and BSA had a dispute about whether the administration of the rights under that directive also included the administration for rights on the GUI of the computer programs concerned. The Czech government said it did not, and that by the way GUIs were not even copyright protected. In the ensuing dispute that was subsequently escalted to the European Court by the Czech court, the BSA maintained that “a computer program can be perceived at the level both of the source or object code and of the method of communication (communication interface)” and that the copyright on a computer program therefore covers both.

The European Court however held that:

“interfaces are parts of a computer program which provide for interconnection and interaction of elements of software and hardware with other software and hardware and with users in all the ways in which they are intended to function. In particular, the graphic user interface is an interaction interface which enables communication between the computer program and the user. In those circumstances, the graphic user interface does not enable the reproduction of that computer program, but merely constitutes one element of that program by means of which users make use of the features of that program. It follows that that interface does not constitute a form of expression of a computer program within the meaning of Article 1(2) of Directive 91/250 and that, consequently, it cannot be protected specifically by copyright in computer programs by virtue of that directive.”

That does not mean however that GUIs are not (copyright) protected at all. They can be protected by copyright as separate works if they are original in the sense that they are their author’s own intellectual creation, the European Court ruled.

What does this mean? There are several consequences to the fact that a GUI and the computer program that the GUI allows the user to interact with are not protected by a unitary copyright. Here are some that immediately come to mind.

First, different copyright rules will apply to a program and a GUI. The EU computer programs directive provides specifically that there is no requirement of originality for a computer program to be protected by copyright, because it is assumed (see article 1 (3) of the directive). GUIs on the other hand have to be original to be protected by copyright, as the European Court ruled in this case.

Secondly, a medical devices company that contracts out software development that includes both code and GUI must review its contracts for loopholes that may arise as a result of the copyrights on the program and the GUI being split up. For example, a license or transfer of the copyright on the computer program must now also include a license or transfer with respect to the rights in the GUI. Obviously, future contracts must take this division into account.

Thirdly, where regulatory warranties in the development and/or license agreement cover the computer program only, the medical devices company must be aware that there are specific regulatory requirements for GUIs in the EU medical devices directive (see Annex I, point 12.9).