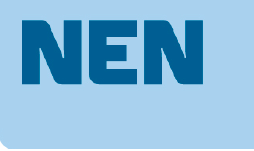 Today I attended the NEN (Nederlands Normalisatie instituut (Dutch Standardisation Institute)) meeting about “Software and the MDD”, where I presented about recent developments in software and the MDD (apologies to the English language readers, it’s in Dutch). I emphasized the enormous growth of software applications with a medical intended purpose and the fact that their publishers/developers seem to be completely unaware that there are rules governing this type of applications or choose to ignore them. I have met disbelief and even covert hostility on occasions when I suggested that there are rules governing therapeutic and diagnostic software applications that are made available commercially.

The event proved an interesting meeting set up by NEN to sound the Dutch medical devices sector to see if there was an interest to set up a NEN facilitated platform in the Netherlands for stakeholders in the field of medical software, i.e.manufacturers of medical devices software, end users such as hospitals, consultants and government. The platform would serve to discuss recent and future developments, exchange ideas about standards and implementation thereof and to provide advice with respect to pending standardisation projects, both requested and unrequested.

Hopefully there will be sufficient industry, government, consultants and hospital/doctors interest to get this group off the ground, because I think there would be a lot that the different sides to the discussion could gain in terms of influence of standards in development, e.g. for eHealth. Just look at the incredible success of the Proposal for guidelines regarding classification of software based information systems used in health care of the Swedish Medical Products Agency’s Working Group on Medical Information Systems that is currently being used as the basis for the European Commission software MEDDEV under developments (expected this autumn).

So, everyone interested in this effort: don’t hesitate if you want to get involved. There is a lot to gain for everyone.