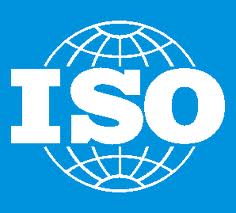 In my day-to-day legal practice I see a number of points related to clinical investigation that seem to return and repeat all the time and thought it a good idea to share my thoughts on these. This list is not exhaustive and just a start (it will be extended in future postings), but it will give you some important pointers to avoid commonly made mistakes that can be costly to fix, may cause your sales to collapse and/or lead to investigation by the authorities. Of course all these point are intended to lead to ISO 14155 compliant agreements.

I see it happen far too often that the party defined as sponsor does not follow up all the items that belong to the responsibility of the sponsor, like take out insurance for the trial. It is very normal to outsource many of the sponsor responsibilities and ISO 14155 explicitly allows this in point 8.3. However, the more sponsor responsibilities are outsourced, the more companies in the medical devices industry seem to forget that although the sponsor outsources them, the sponsor still bears the regulatory and legal responsibility, even if the sponsor has contractual recourse on the subcontractor. Good governance is important in outsourcing and where governance is bad, mistakes and incidents happen because things are overlooked. It is furthermore important that once the roles have been defined, parties stick to them to avoid mixing up of responsibilities and follow up under the rules to exercise their respective responsibilities. A good way to define who is responsible for what is to use a RACI matrix known from IT outsourcing that follows all relevant items of ISO 14155 as an annex to the agreement. Very practical and you will not overlook anything. Once it is in your template clinical investigation agreement, you will not want otherwise anymore.

Be careful with mixing up sponsor staff with investigator staff

Mixing sponsor staff with investigator staff makes it difficult to determine who is in charge of a particular person and consequently, who is liable for faults by that person. Roles of persons involved in the trial should therefore always be defined very clearly and it should always be clear to whom  what person is reporting. Mixing of roles often occurs in settings where the sponsor/manufacturer  ‘loans’ the hospital/investigator sponsor staff to go with its investigational device(s) or third parties for assistance with the clinical trial.

It is also important for other reasons to not mix up sponsor staff with investigator staff. Any problems with clinical trials will always be assessed by the authorities and others on ex post basis and each party involved will interpret the facts in the way most favourable to her. If it is unclear whether the sponsor staff was involved in actual clinical intervention (rather than pure administration of the trial) it may well be that liability problems arise because sponsor staff will mostly not be licensed and insured for clinical acts in the trial facility, which often is a public hospital.

It may well be that the trail was initially planned as a multi-center trial or evolves into one. It may also be that a CRO is included in the equation to manage the trial for the manufacturer. In all of these scenarios (and other possible ones) it is vitally important that the agreement provides for clear procedures on how the third parties concerned fit in the governance system set up under the agreement. I have seen it happen that both the sponsor and the investigators thought that the other one was managing the other centers in what had evolved into a multi center trial. In the end these are sponsor responsibilities (for multi center trials, see for example ISO 14155, point 8.2.1 (h)), so the sponsor must make sure that it fulfills them.

Manage publications and presentations at conferences

One of the most important drivers for the investigators will be to incorporate the results of the research in publications and/or present it at conferences. That means that it is important for manufacturers to assess what the goal of the investigator(s) is and to makes sure it has a degree of influence on the end result, although it cannot – for constitutional rights reasons – change the publications or presentations to reflect precisely what the manufacturer would like to see. A normal way to manage this is to put a waiting period in the contact that allows the manufacturer to assess the materials produced and engage in a discussion with the investigator if necessary. Also, as I will argue below, it is very important to agree on methodology for analysis of the data beforehand.

Agree on a methodology for interpretation of the trial data beforehand

As the saying goes: there are lies, damn lies and statistics. Research results conclusions may differ significantly depending on the method of statistical analysis used. A manufacturer can often not prevent the investigators from publishing unfavourable results, as this would limit constitutional rights. As the results however often depend on the method of analysis used, it is advisable to agree beforehand on the methodology to be used for interpretation of the results. A recent court case in the Netherlands, essentially about a dispute between manufacturer and investigators about the method of statistical analysis to be used and the conclusions that could be drawn from it, shows how investigators can destroy a device’s reputation (and sales). In that case the investigators insisted on using a less sophisticated method of analysis than advocated by the sponsor/manufacturer and arrived at a conclusion that was very unfavorable for the manufacturer, published this and presented it at a leading conference, causing even more bad publicity, causing sales to collapse. Since the agreement did not contain any relevant provisions on methodology, the court held that they did not act in breach or otherwise unlawful vis-a-vis the sponsor by using a less than state of the art method to arrive at the contested conclusion concerned even though the court admitted that they did not use state of the art analysis.

These are just a number of important points that I often see go wrong in clinical trial agreements. Of course a lot more can be said about this subject and I will. More tips will follow in future posts on this subject.