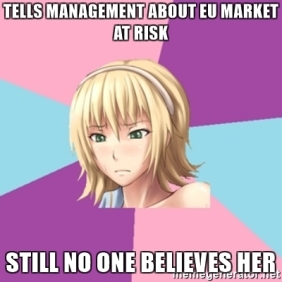 Sometimes you have days that you feel like Cassandra. I had a Cassandra moment after moderating the MDR panel at the Advamed MedTech Conference on 25 September.

Cassandra was a lady from mythological heritage. She made the Greek god Apollo angry by changing her mind to be his girlfriend after he had granted her the power of clairvoyance to woo her. Because Apollo could not make the gift undone, he gave her another one: nobody would henceforth believe her. So she predicted several times that Troy would fall and nobody believed her. She even had a psychological syndrome named after her, described as “individuals who experience physical and emotional suffering as a result of distressing personal perceptions, and who are disbelieved when they attempt to share the cause of their suffering with others.”

After my panel at the Advamed MedTech Conference it dawned on me that the regulatory departments at medical devices companies in the US suffer from collective Cassandra syndrome: they mostly know that something big is coming their way, but are unable to get management attention for the big changes that are happening in the EU. If they communicate that something quite big and disruptive is up, they are disbelieved.

Management seems to be focused only on the next quarterly earnings but seems to completely forget that there will be no further quarterly earnings after the transitional periods for the MDR (end of May 2020) and IVDR (end of May 2022) expire without companies being ready with their recertification of devices under the new regulations. Because there is no grandfathering. There has not been, there is none and there will not be.

We as panel were very surprised about the show of hands that we had from US companies represented in the room:

This does not present an optimistic picture. MDR and IVDR denial and/or ignorance seems most prevalent with small and medium sized companies.

The future is closer than it appears 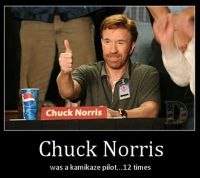 One of the big factors that causes management to ignore transition is that there is a lot going on in the world as it is and that the deadlines are still years away, especially for IVDs. As we explained in the panel, that thinking is completely misguided. Companies have to literally reinvent their technical documentation, clinical evidence, quality system and much more. And they have one shot at getting it right, because we are not all Chuck Norris. Chuck Norris can be a kamikaze pilot 12 times. Most companies can only try be Chuck Norris once, and will most likely fail. Try to be like Chuck Norris but end up like While E Coyote.

Especially for legacy products, and even more in the case of currently self certified IVDs, the current state of technical documentation and clinical data will not be up to MDR and IVDR standards and will take a lot of work to remedy. Yes, and the concept “work” assumes resources deployed over time. Not putting in that effort is sort of kamikaze for the EU market and not everybody can expect to be of Chuck Norris equivalent resilience.

Companies need to take a close and critical look at their supply chain in the EU to get to grips with the new supply chain regulations.

So how do you get management attention for this? In the panel we suggested the following. Ask for the last year’s turnover of medical devices related turnover in the EU. Then ask for the turnover of all countries where regulatory approval depends on a valid CE mark for the devices concerned. Add this figure to the EU turnover. Then ask for the growth projections for the year 2020 (in the case of medical devices) or for 2022 (in the case of IVDs). Multiply total amount with growth projection. This gives you the first year loss following the end of the transitional period. Show this to management if they do not want to invest in MDR or IVDR transition. Are they willing to write this off and fire a lot of people that they cannot afford anymore as costs for sitting on hands? Then also add investments needed to recuperate market share after the company finally gets it right, because we all know what happens to market share if you cannot be on the market: it collapses and will need to be rebuilt from scratch. The company’s reputation with distributors and customers will be severely damaged.

If management is still not willing to move, propose that they should discuss this strategy on the next earnings call:

“We are going to be knowingly late with implementation of new EU law because we don’t believe our regulatory department and deliberately risk our CE mark dependent market for all our products because we fail to understand what ‘no’ means in ‘no grandfathering’.”

See if there will be resounding investor applause then. See if investors will be breaking down the door to throw money at the company. Probably not, but hey, that’s just me. In every merger or investment that involves a medical devices company with CE marks the first question these days is: show me your MDR/IVDR transition plan. Oh you don’t have one? Then we will have to heavily discount the (share) purchase price for all the remediation costs that have not been accounted for in your budget and we will have to vector in the risk that you are already too late to even make the transition in time. Maybe you’re not such a good investment after all.

What should companies be doing?

They should not be sitting on their hands waiting for reality to catch up with them, and definitely not sit and wait ‘for things to become clearer’. That’s like being a hedgehog on the road wondering what the light is that’s coming its way.

Make a plan and follow through: not only register that there is an issue but make sure that the resources are there to remedy it:

My takeaway from the panel was that US medical devices companies are generally woefully un(der)prepared for compliance with the new regulations, even though we are well into the transitional periods for both regulations, and that this is worse in the case of small and medium sized ones. The big multinationals seem to be doing a much better job.

So what can you do to understand the MDR and the IVDR? Lack of knowledge is not an excuse because there is lot of good material out there.

For example: MedTech Europe has just made two sets of flowcharts of the requirements under each regulation that I myself find very very useful, see here for the MDR one and here for the IVDR one. You can trust MedTech Europe to produce good materials.

You can try and understand the transitional regime and understand how to prepare and execute a transition project with the materials from the seminar that my firm recently organised about the subject.

You could have attended a conference that devotes a lot of time to this, like the recent RAPS Regulatory Convergence or go to a specialised consultancy’s seminar like this one from Qserve in California next month or you could have visited the seminar Factory and I organised in San Jose CA last week.